During the Byzantine period, Caesarea was an important Christian center and the metropolis of “Palestina Prima.” Its residents included the ancestors of the Church of Origen and of Eusebius. Origen (ca. A.D. 185-253) was an early Christian scholar who produced the “Hexapla”- the first critical edition of the Hebrew Bible, containing the original Hebrew text and four different Greek translations. Eusebius, Bishop of Caesarea Maritima (ca. A.D. 260-339), compiled the “Onomasticon”- a directory of places and settlements in Israel, and was known as “Father of Church History.” Caesarea is of great importance in Christianity as according to Christian tradition, it is where the first pagan converted to the faith- Cornelius the Centurion. At the beginning of the 5th century, the country was divided into several districts, and Caesarea was chosen to be the capital of “Palestina Prima”. In the 6th century, the prominent scholar Procopius of Caesarea recorded the dictates of Emperor Justinian.

Finds from the Byzantine Period

The Bathhouse in Caesarea A complex of bathhouses built in the Byzantine period, long after Herod’s Theater ceased to operate, and was a source of great pride. Before bathers entered the bathhouse, they would enter the Plastera to engage in physical exercise. After immersion, they would return to the Plastera for massage and then dress to leave the bathhouse.

The Tax Office A rectangular hall surrounded by rooms on all sides, located in the city center east of the Hippodrome. This building was part of the larger administration complex. An Opus Sectile mosaic was discovered, surrounded by stone benches, and it is believed that this was used as a waiting room. This suggests a bureaucratic system with a clear sign of Byzantine rule. Translation of the mosaic inscription: “If you obey the tax authorities, then you have nothing to fear.”
The whole building was built on a raised floor, and this may have been designed to lower the humidity level in the buildings that contained documents sensitive to moisture.

The Bird Mosaic A mosaic floor that was first uncovered in 1955 during an archeological excavation. The floor, which was part of a large architectural complex, was about 225 sq. meters and approximates a rectangle shape. The main section is ornamented with 120 round medallions, each displaying a bird.

The Bird Mosaic Complex 2019 This renovated complex is the result of a collaboration between the Israel Antiquities Authority, the Hof HaCarmel Regional Council and the Caesarea Development Company, who worked together to upgrade and turn the site into a first-class tourist attraction. For the benefit of visitors, trees were planted in the compound, sidewalks and access roads were paved, grassy areas around the mosaic were widened, appropriate lighting was installed, benches were added and adjustments were made for populations with disabilities, including accessible parking. 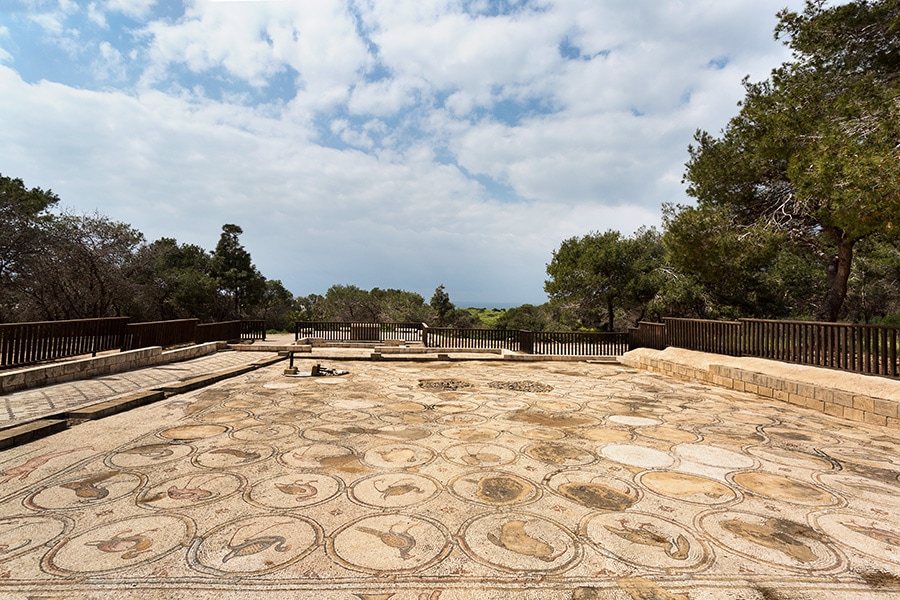 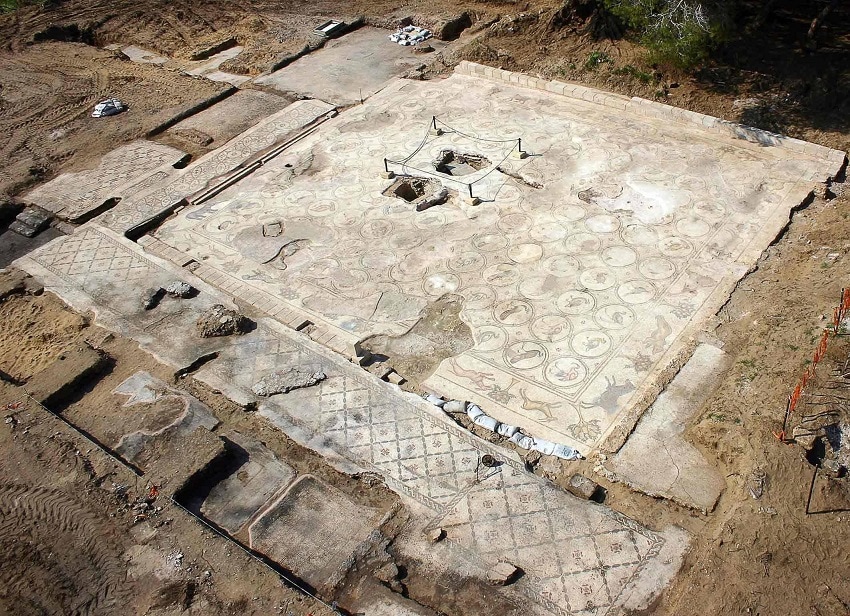